How to MC a conference in 10 steps

A few weeks ago I was fortunate enough to MC the 10th edition of Web Directions. WebDirections is Sydney’s premier conference for the creative development scene with about 700 attendees and plenty of high-profile international speakers. I have to thank Maxine Sherrin and John Allsopp for trusting me to guide the  audience of the Product, Experience and Design stream.
It was an absolute pleasure and if I could, I would jump onto the next stage tomorrow and do it all over again. Judging from the audience’s reactions I didn’t do a shabby job either. Videos of each talk including my MC-ing bit will appear shortly and I will repost them here. So if are organising a conference, panel, session or series of talks or know someone who does, drop me a line and I’d be happy to help out in the near future. 😉 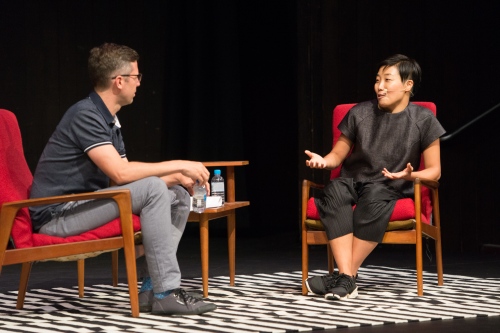 Looking back, it was a fresh challenge for me to switch positions and, rather than being a speaker myself, talk to other speakers about their topic. During their speeches I was simultaneously taking notes, weighing up pre-researched questions with live tweets from the floor, scribbling tangential thoughts I had while listening. Most importantly I was judging the live audience’s physical reactions, whether they were leaning in, laughing or getting distracted.

Overall it was a great training exercise in moderation. As for prep, I had the help of Andy Murray (Gatsby Studio) who is actually an illustrator and artist by trade. He brilliantly MC’d the previous conference I was speaking at, Sex Drugs & Helvetica. there is a short review from it here on my blog. As you might be able to tell from the two photos below, I nicked the idea of having seats and a table from the Sex, Drugs & Helvetica event. You can see that the furniture style and arrangement even looks similar, but that happened without me briefing Web Directions on it. 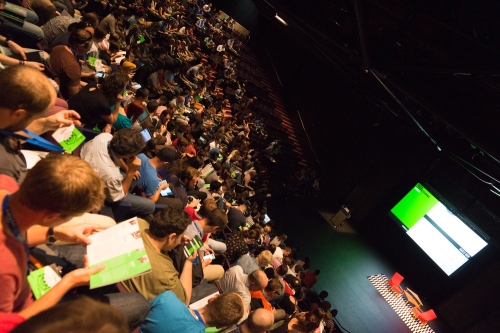 There is a very comprehensive review of the conference and many speakers here on Ben Buchanan’s blog, additionally some observations here from Kye White. In the below I would simply like to add a few personal thoughts on what an MC is supposed to do. It is a combination of what Andy Murray told me and what I picked up during the day. Take it as advice if you’re planning to do something similar and let me know if it worked for you as well:

Overall it was fantastic opportunity to get to know some brilliant minds from around the world. There were some seasoned speakers among them, which helped me compare their styles in a short amount of time. 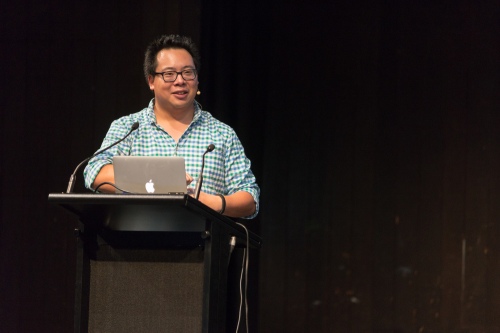 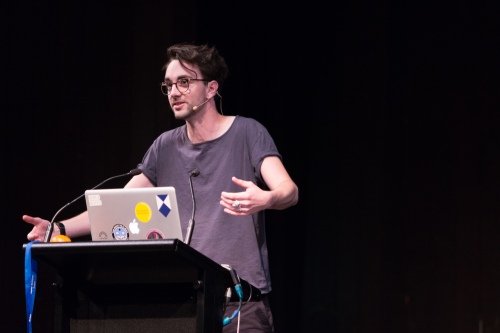 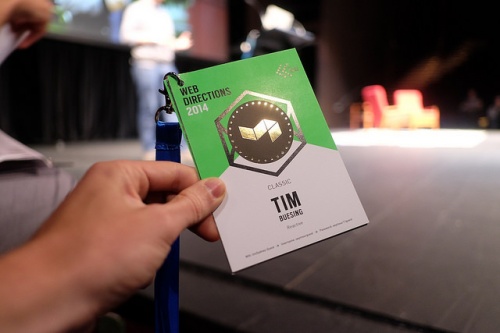 This entry was posted in apps, design, Strategy and tagged reactive, web directions. Bookmark the permalink.